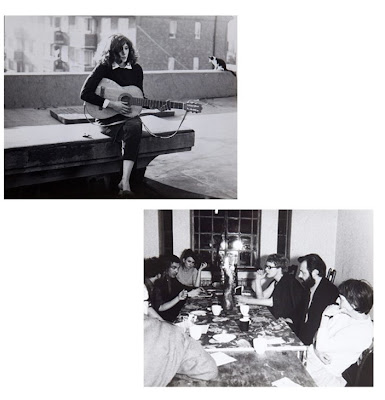 Just reading in the Guardian about Dominic Harris's new book The Residents, which looks into the world of R.D. Laing's experimental therapeutic community at Kingsley Hall in the 60s. "The sprawling house," Sean O'Hagan writes, "became an asylum in the original Greek sense of the word: a refuge, a safe haven for the psychotic and the schizophrenic, where there were no locks on the doors and no anti-psychotic drugs were administered. People were free to come and go as they pleased and there was a room, painted in eastern symbols, set aside for meditation. There were all-night therapy and role-reversal sessions, marathon Friday night dinners hosted by Laing and visits from mystics, academics and celebrities, including, famously, Sean Connery, a friend and admirer of Laing's." Amazing photospread here.

I was encouraged to track down a few photos of Kingsley Hall's most famous resident, the late painter Mary Barnes. 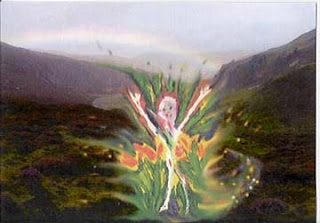 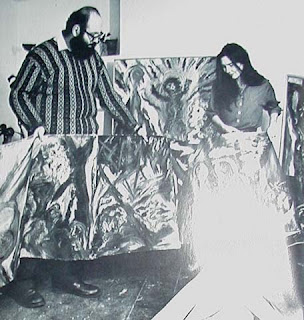 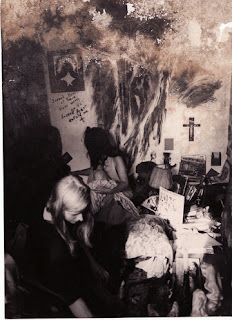 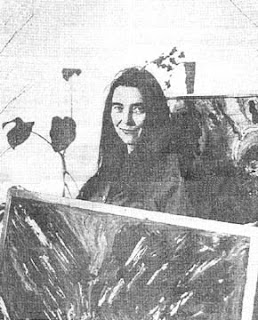