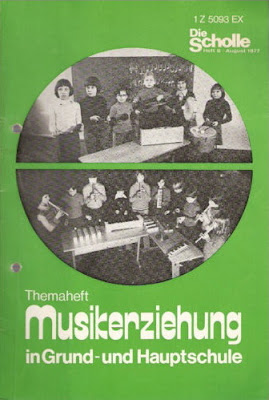 Here's wishing everybody a relaxing and well-earned holiday! Thank you so much for tuning into Toys & Techniques over the past year. It means a lot to me to know there are folks out there with a similar spectrum of interests. Signing off for the year with the random image above and warm wishes for a fantastic 2012!
Posted by Ben at 6:17 PM 8 comments: 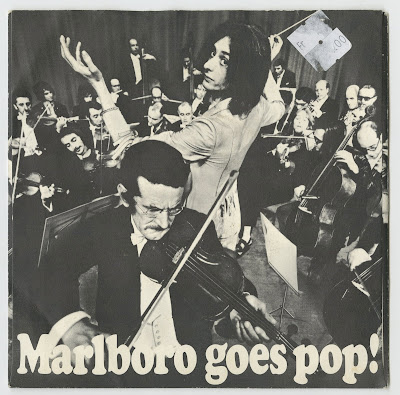 I received the sweetest care package from Raffael of Dispokino a few weeks ago. Dispokino is one of my favorite blogs, and so I knew I was in for a treat as I opened this mysterious package with a Swiss return address and a certain telltale heft. Surprise packages full of completely ungoogleable Swiss records are always a good thing! Two of them were tobacco themed, including this Marlboro giveaway produced by Stephen Sulke of L'oeil bleu fame (recently reissued). Such a great song for dancing around to. Come to flavor with Marlboro!


The other records included another cigarette promo (the sleeveless one below) which can be sampled here, a charity record recorded by blind students hoping to fund a summer camp, and another Swiss children's record with A+ graphic design and, erm... B+ music. I could be wrong but I believe Raffael found these all on the same day trolling through the mountains in Switzerland casually looking for records. Thank you! 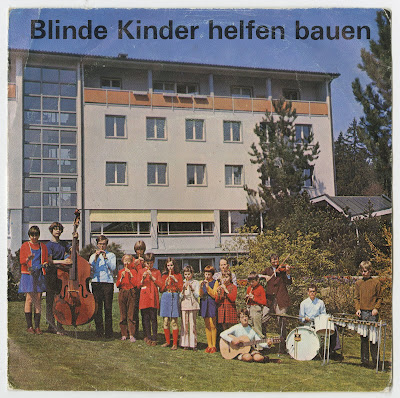 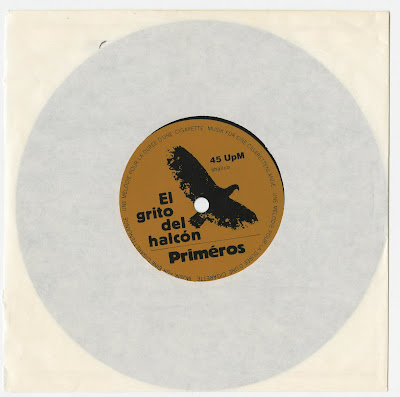 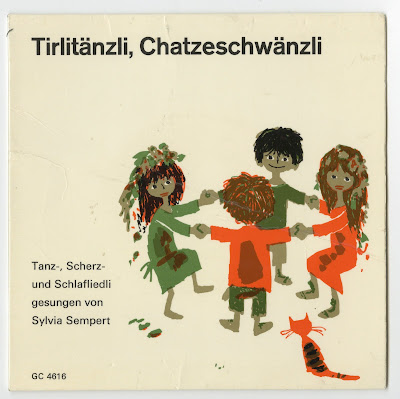 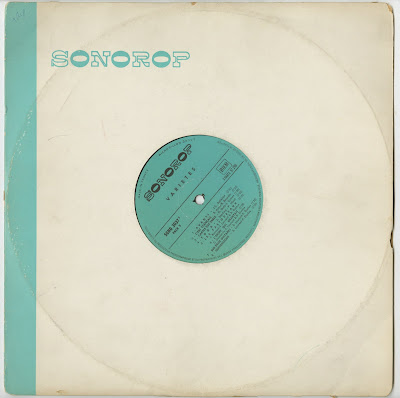 Stumbled upon this the other day whilst Christmas shopping. Film/TV music for driving around France with a very long scarf trailing behind, on your way to your next jewelry heist. Followed by two delicate folksy guitar numbers. Music by Pier Cadet et al. Oh the power of the blank stock record sleeve!

I've had to start a new Soundcloud account because there's just no room in the old one, and hasn't been for some time (sorry for having to erase so many songs...) Have a good weekend! 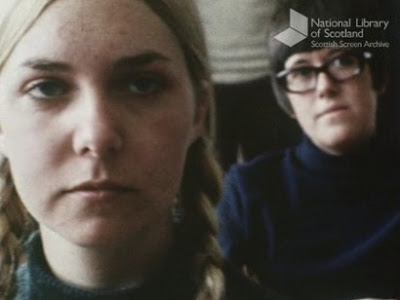 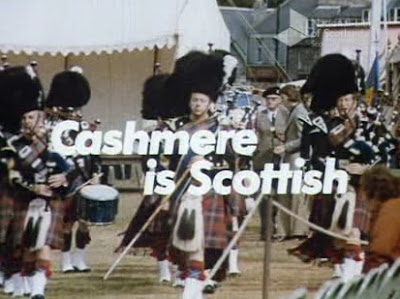 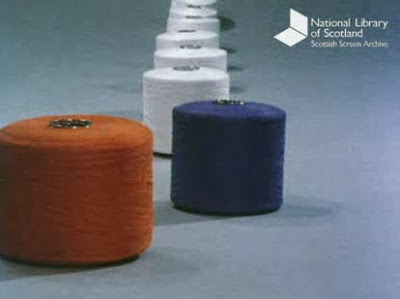 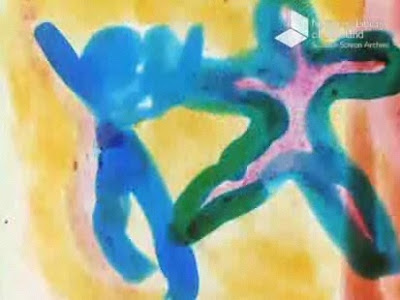 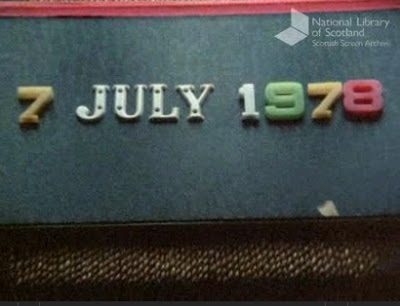 Some amazing videos over at the Scottish Screen Archive. Loads of educational/public information films to browse through -- my favorites all seem to be about the textile industry. Don't miss Teenage Money, Cashmere is Scottish, The Climbers, and Beautiful Drima, which is about a new kind of sewing thread (and has great music). There are a lot of "new town" documentaries as well; Cumbernauld, Town for Tomorrow looks like a nice place to settle down.
Posted by Ben at 1:07 PM 3 comments:

The Meaning of Time 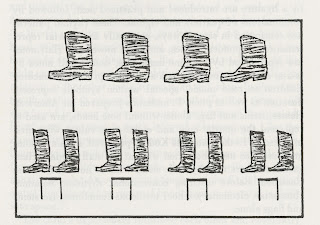 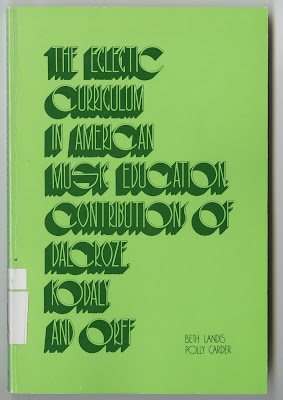 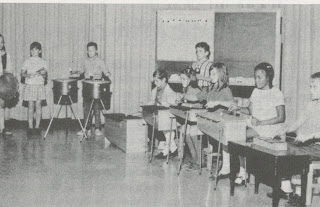 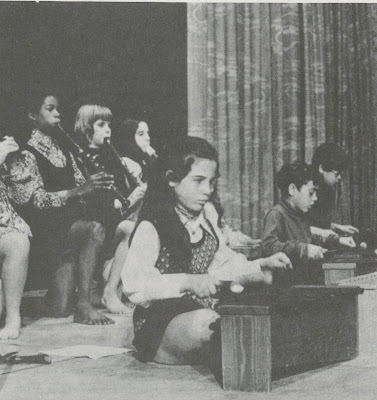 Beth Landis and Polly Carder, The Eclectic Curriculum in American Music Education: Contributions of Dalcroze, Kodaly, and Orff. I can't remember what the family tree of footwear is meant to illustrate. "The Eclectic Curriculum" is a good name for a b-sides comp.
Posted by Ben at 1:45 PM No comments: 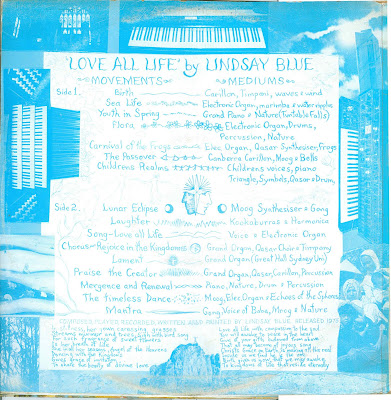 Here is some more Estonian folk music from the Teeme Muusikat (Let's Make Music) series, which I posted about earlier. I love love love these records. For me they are an outline and manifesto for the kind of pop music that needs to be made today: haunting, melancholy choral folk with twinkly percussion and woodwinds -- like the soundtrack to a lost TV broadcast of an Eastern European fairy tale. Since I don't speak Estonian the singers give the sense of casting spells or reciting ritual incantations. And in some songs there is a fairly lively "beat" percussion that wouldn't be too out of place on a garage or psych 45 (the yelping on one of the R. Kangro tracks sounds a bit like a parallel universe Lizzy Mercier Descloux.) 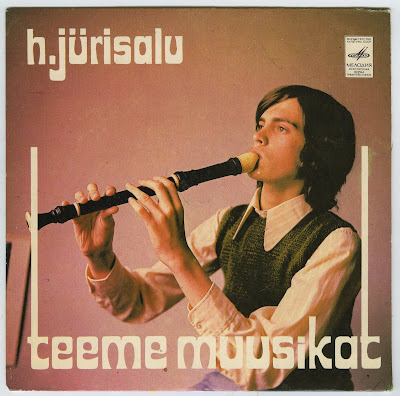 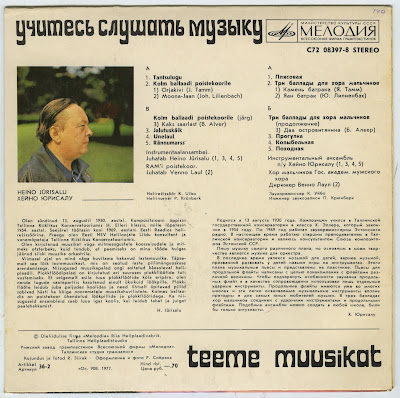 Above is the third record in the series, arranged by Heino Jurisalu. I believe the songs are mostly trad., but they are occasionally credited to individual songwriters. Beautiful, plaintive pastoral tunes. I love the typesetting and photos, including the portrait of Jurisalu on the back. He might have been the head music teacher in the project, as he wrote the back cover blurbs for many of the albums. If anybody could translate I'd be much obliged. The practical academic function of these records -- they were clearly meant for classroom activities -- is part of what I like about them, so it would be good to know what sort of instructions they have in mind. 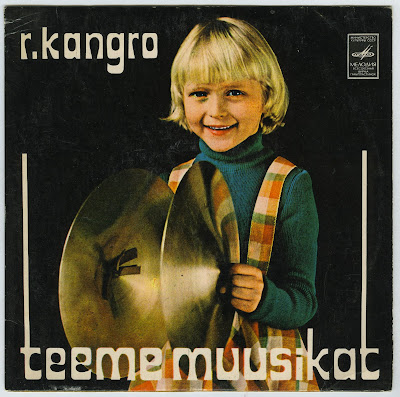 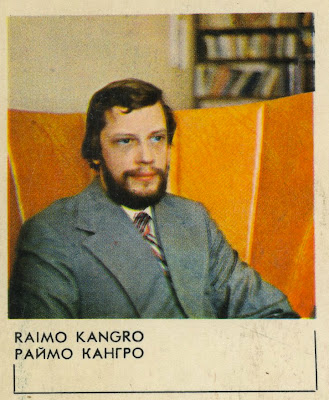 This one is, I believe, the fourth record in the series. The color palette all matches up, from Kangro's tie to the armchair to the girl's dress. We actually have a table cloth like that, too. Some of these tunes remind me of the drool-worthy Finders Keepers release of the Malá Morská Víla OST, which was the center of gravity for my musical world this past year. The sleeve may seem a bit twee and goodie two shoes, but it's amazing how edgy and punk some of side 2 sounds if you listen with your third ear. Below is a taste of my favorite track. Enjoy and play for your friends! 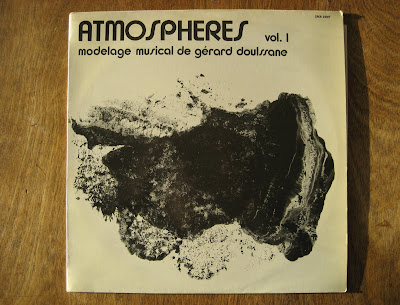 A while ago my wife and I rented Polanski's "The Tenant." It seemed a clear enough proposition to just sit down and watch it, but it had one of those complicated DVD menus where you're never quite sure what you're clicking. I pressed play and we proceeded to spend the next two hours in a state of total confusion. "This movie isn't all it's cracked up to be," I loudly asserted. "Everyone talks so weird -- it sounds horrible." It wasn't until the next day that we discovered I had accidentally clicked the dubbed English audio option.

This album reminds me of that experience. But in a good way. It's hard to pin down stylistically but I think that's the point -- a bit avant-garde, a bit gauloise-smoking session drummer, a bit Polanski. I like it. See what you think.

My fellow weird-music enthusiast Tom says that one of the tracks, "Afro-theme" (also known as "Centre national de documentation pédagogique") was the theme song for a children's TV show in France in the late-70s. By the way, Tom is the creator of probably my favorite mix-tape of the year, which can be downloaded here. You should all listen to it.
Posted by Ben at 2:58 PM 6 comments:


I now have a youtube channel! Not very well stocked though. This is a clip from Johan van der Keuken's The New Ice Age, a documentary partially about a group of ice cream factory workers in northern Holland. I love the hug sequence and bed linens. For some reason the subtitles didn't go through, but basically the woman's letter goes something like "Dear Johan... It's good to hear from you... How are you doing? I like your cat... Your cat is nice...I will see you in two weeks..." over and over again.
Posted by Ben at 2:47 PM No comments: