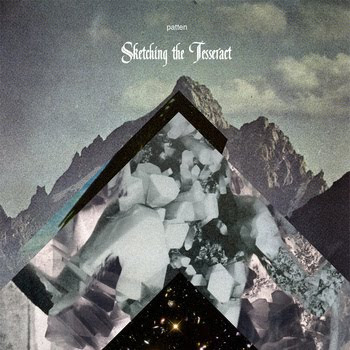 Just a heads-up about the great new (old?) patten album Sketching the Tesseract, which is now available for name-your-price download here. I really admire Patten, not just for the music they write but for the stunning artwork (including, increasingly, video pieces) that accompanies it. This one is a bit more dancy and post-punk than There Were Horizons, but it has the same otherworldly electronic folksy warble. Such great style and taste.
Posted by Ben at 10:48 AM 2 comments: 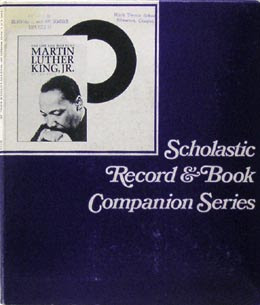 Crazy insane psychedelic Bruce Haack/Miss Nelson soundtrack to the life story of Martin Luther King Jr. The music is typical Haack electronic fare, but the real stars here are the kids narrating the story. Borderline outsider art. Bruce Haack actually scored a lot of these Scholastic Record & Book 7"s. There another good one called "The Witch's Vacation," and a few more that I'm forgetting right now.
Posted by Ben at 12:41 AM 5 comments: 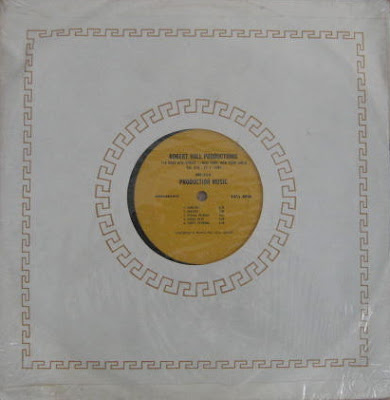 Housed in a stock white sleeve and attributed only to "Robert Hall Productions," this little library LP is a real mystery to me. Who could have written such lovely music? I'm not really sure but the vibe here -- soft focus sunshine folk with electronics -- is right in the sweet spot of 70s library. Half the tracks are electronic abstractions for use in nature documentaries about coral reefs and insects. The other half is pure after-school special -- wordless vocals, lazily plucked acoustic guitar, weird melodic moogery. Since Robert Hall is an American label (I think), the best guess I can make about the composer would be Herb Pilhofer -- either him or Don Voegeli of the University of Wisconsin-Extension electronic studio. But my dark horse candidate would be Walter Sear, another American electro pioneer who did some undercover soundtrack work in the 70s (more on him later). If anybody knows anything about Robert Hall Productions please let me know.
Posted by Ben at 11:50 AM 10 comments:

As yet unreleased Ravi Shankar soundtrack to Jonathan Miller's 1966 film Alice in Wonderland, ripped straight from DVD. This is one of many gems that I, and probably many others, have discovered via the "radio mixes" of James Cargill and Trish Keenan of Broadcast. There's a plaintive, pastoral feel to the music that suits the film much better than any phoned-in "psychedelia" could do. There are about 6 concentrated musical "moments" in the film, and so there are six tracks in my rip of the soundtrack. Enjoy!
Posted by Ben at 10:18 PM 11 comments: 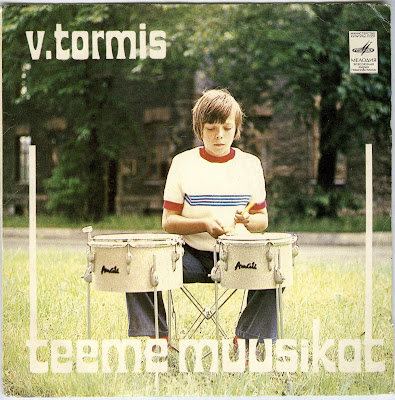 One of my favorite records. This little ep might appeal to fans of Carl Orff/Gunild Keetman Schulwerk records, or the Estonian jazz-folk-pop group Collage. A man with a neck beard named Veljo Tormis is at the helm. I don't think the record explicitly follows Orffian principles, but it sounds very similar -- lots of mallet instruments and singing in rounds. Cool medieval Baltic folk for the bellbottom set. Teeme Muusikat translates as something like "let's play music."
Posted by Ben at 2:13 PM 7 comments: 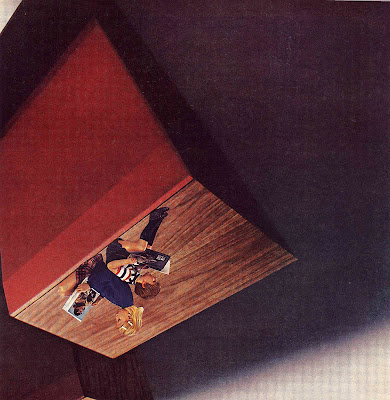 Also, for those already familiar with these mixes: a new one will appear by Thursday latest.
Posted by Ben at 1:06 PM 1 comment: 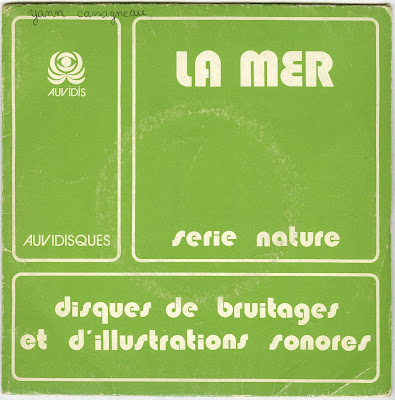 Jean Humenry and a bunch of session musicians cut a number of 7" library records on the French label Auvidis in 1977. Auvidis LPs generally offer an array of boring, unaccompanied "sound effects" -- birds chirping, cars honking, audiences applauding, stuff like that. But the Humenry 7"s are really something to behold. These are the sounds of the nature documentaries of your youth. Humenry was a cheezy Aznavour-esque singer, from what I can gather, but here he opts for a very soothing proggy instrumental sound, with primitive synths, gently strummed acoustic guitars, some drum machine pitter patter, and superimposed field recordings of various seafront sounds: waves lapping up against the shore, children playing on the beach, a boat docking. The whole thing was probably composed and recorded over the course of an afternoon. For the most part the music has a very gentle way with you, except for two rather evil John Carpenter-style numbers towards the end. And then it's all over much too quickly. There's something about the brightly colored stock sleeve that's really appealing as well. I'll be posting some of Humenry's other Auvidis 7"s soon. 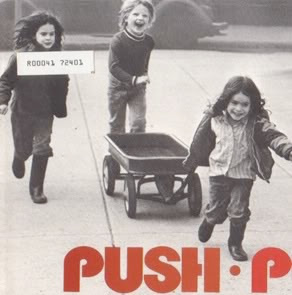 This is a compilation I made about two years ago. In fact, the main reason for this blog is to catalog the various mixes I've done over the past few years, of which more soon. This mix, like the others, brings together unreleased pieces from 70s public info films, early computer art, children's TV, and library records. It's sort of a sound collage meant to evoke the experience of channel flipping through half-remembered sounds and images. Much of this is ripped directly from video, with the ambient dialogue and foleys left in. Basil Kirchin fans will find some soundtrack work from cult films like "Assignment K" and "The Strange Affair." I've taken the title and artwork from a children's book by Tana Hoban (which I pinched from the amazing blog http://referencelibrary.blogspot.com/). Tracklist in comments. 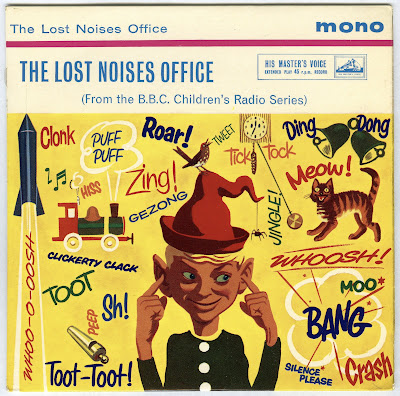 "Old Mr. Bosseyman is in charge of the 'Lost Noises Office' which is where your toys go if they lose their noise. It's a lovely office, full of all your favourite sounds waiting for their owners to come and collect them." This 1961 children's ep is the brainchild of Desmond Leslie, the RAF pilot and UFO chaser who is famous for punching Bernard Levin on live television (he was defending his playwright wife, whom Levin had savaged in a theater review, and who takes on narrating duties here). You can imagine Leslie in his basement workshop, banging pots and pans, squeezing stuffed animals and fiddling with electronic gizmos. The story is a kind of cautionary tale for small business owners. Mr. Bosseyman goes on a sexual errand and leaves his assistant "Pickles" in charge. Massive quantities of drugs are taken. Animals escape. Somehow order is restored.

First post, the one that hurts the most.
Posted by Ben at 1:06 PM 2 comments: