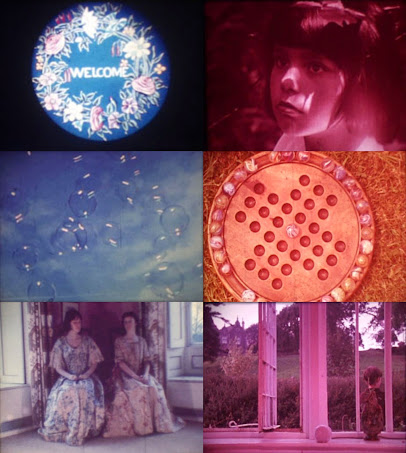 A few stills from the films of Anne Rees-Mogg, director of the London Film-maker's Co-operative for a time. These are just magic. A kindred spirit of Brucey Lacey and the Laura Mulvey of Riddles of the Sphinx..."Every room of Anne's house was like a living Joseph Cornell box" -- Anna Thew. Here is a clip from her 1977 film "Sentimental Journey." That is Anne doing the cartwheel halfway through. More here.