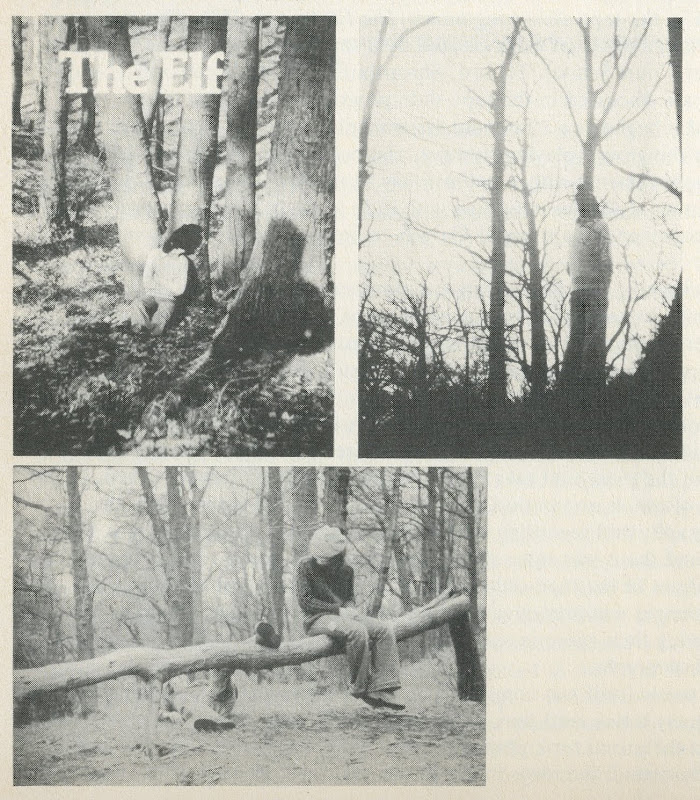 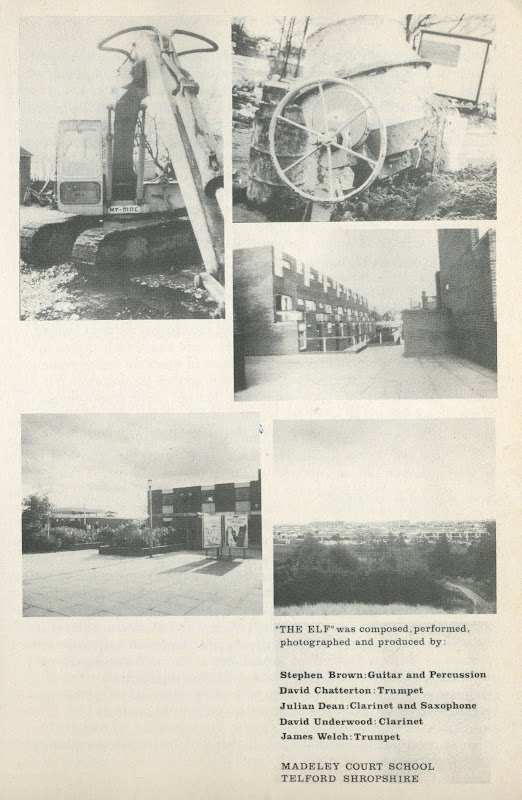 Tape-slides from "The Elf," an audio-visual work created by a group of 5th form students at Madeley Court School, Telford, Shropshire, in the early 1970s. Here is John Paynter's description:

'The Elf' began as a classroom assignment in creative experiment. The boys in the group (playing trumpet, clarinet, guitar, percussion and saxophone) started with a rudimentary 'story line' about a group of elves living in an idyllic forest setting with little to do other than happily making music together. This tranquil life was to be disturbed by the coming of 'men'... When the music was finished the group took photographs in the locality -- pictures which not only 'illustrated' the ideas in the music but which also could be organised to complement the movement of the music... The boys themselves appeared in the first section as the happy band living a life of art and music in a woodland setting devoid of any reference to the progress of civilisation. By contrast the central section, suggesting the destruction of the idyllic life, has no human figures in any of its pictures. Instead we see only machines and buildings... All in all, 'The Elf' turns out to be not simply a piece of music which by chance had some photographs attached to it but a vivid and compelling 'essay' on the development of new towns. (from Music in the Secondary School Curriculum)

Here's another photo from the Paynter book: 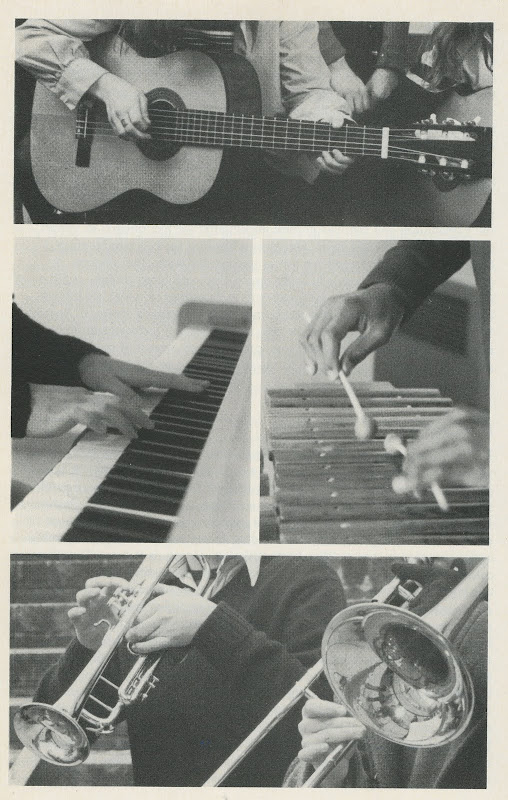