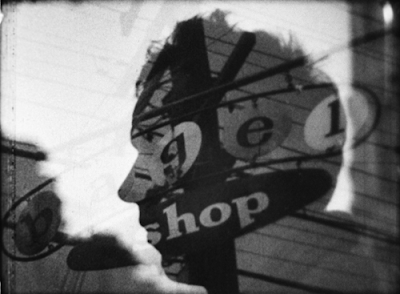 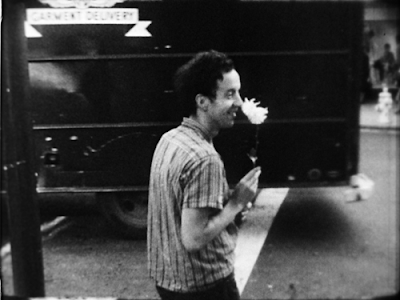 At the end of the summer I got to watch a copy of Ron Rice's The Flower Thief on a borrowed VHS, my first Taylor Mead experience. Mead, the cross-dressing, aphorism-slinging, slouchy beat-poet fixture of Warhol's factory, passed away this spring. The Flower Thief is something like the urtext of underground film. It was filmed on leftover Army-surplus black & white stock and features Mead improvising his way through bohemian San Francisco in 1959 or so, like a latter-day indie Stan Laurel or Charlie Chaplin. What a great film. The 1970 Mead film Brand X is being restored and looks to hit the revival circuit soon.
As the Mead obits have been rolling out I've gotten curious about Ron Rice, the filmmaker. He cast Mead in a few films, but it was in his work with Jack Smith that things got really twisted. His 1964 film Chumlum, filmed during breaks from the shooting of Smith's Normal Love, is a psychedelic feast for the eyes and ears. There's a great review of this film here. So much to love here, beginning with the gentle, impressionistic cymbalom soundtrack by one-time VU drummer Angus MacLise and Tony Conrad.