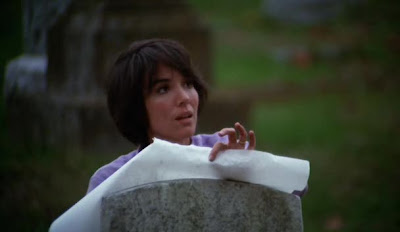 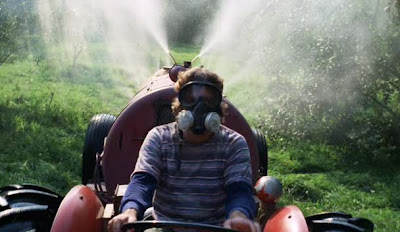 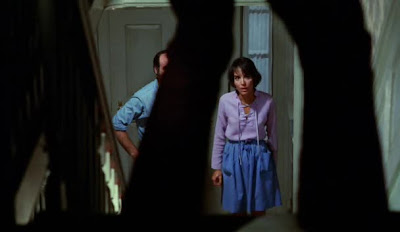 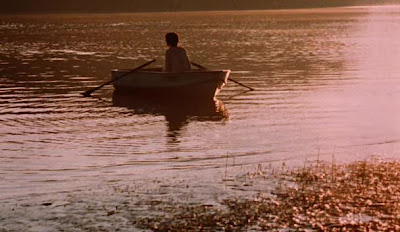 This cult film from 1971 pushes all the right buttons, beginning with the requisite moving-to-the-country/ferry crossing montage over the opening credits. There is something about the prospect about moving to Connecticut that instantly strikes fear in the hearts of New Yorkers. Making a schizophrenic the film's center of consciousness is also smart, because you never know whether the ghosts and visions she sees are supposed to be "real" or not. Zohra Lampert, as Jessica, alternately goes nuts and has the wherewithal to observe herself becoming so, in the best tradition of the Polanski spiral-into-madness plot.

But what's really striking about the movie is how incredibly beautiful it is, all the way down to the music. I've often thought that it's not the storylines so much as the production values of 1970s horror movies that evoke fear and terror, especially for viewers like me who grew up with the slick glossy surfaces of 80s TV shows. 70s cinematography just doesn't read the same way. You know you are in the world of a 70s American horror film just by taking in the pictorial qualities of a given shot and the music accompanying it. What I love about films like "Jessica" and "The Stepford Wives" is the way they need to establish some sense of happiness and/or normalcy before letting loose the vampires. Lilting pastoral folk music is used as a kind of lure to draw you in, even though there are usually hints (weird chord progressions, eerie off-key keening, etc.) telling you that you should just get the hell out of there.

Orville Stoeber's excellent score to this film is a case in point. The fucked-up scale and time signature of the opening theme reminds me of the "devil's interval" used to such good effect by Marc Wilkinson in the score to "Blood On Satan's Claw." Pretty folk guitar melodies, often performed "live" by the actors, drift in and out of the mix in a teasing and slightly disorienting way, as in the impromptu guitar/double bass duet performed in the kitchen by Jessica's husband and the strangely pale-skinned hippie they befriend. Also of note are the electronic effects created by moog wizard Walter Sear, which at first accompany the gentle lyricism of Stoeber's score and then wholly displace it as the madness descends. The revved-up engine of the crop duster in the photo above is amplified by an incredibly disturbing machine-like electronic oscillation. Sear's electro mayhem is way more violent than anything that actually happens on screen.

The film has been re-released on DVD recently and is easy to find. Fans of "Repulsion" and "The Stepford Wives" and "Rosemary's Baby" would love this. (Visually and stylistically I think it also lines up pretty well with Barbara Loden's "Wanda.") In the meantime you can get a taste of things by listening to my rip of the soundtrack. No official score has ever been released so this is another straight-from-DVD jobbie. This thing is just crying out for an official release.
Posted by Ben at 8:59 AM