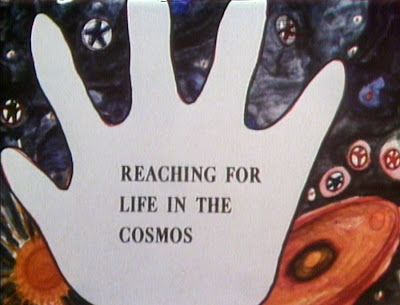 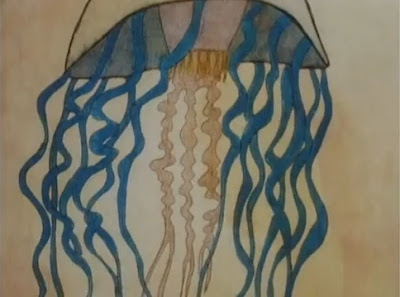 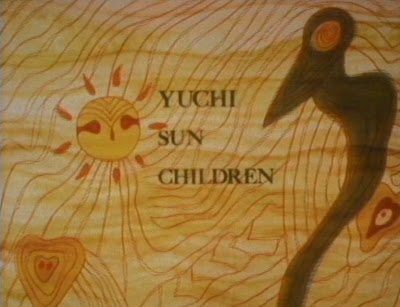 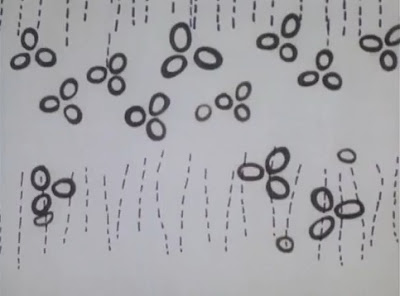 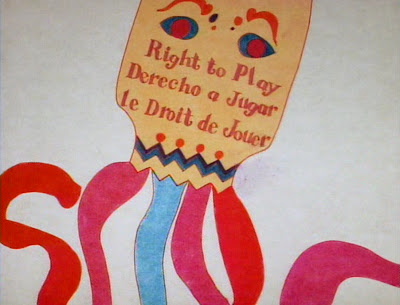 I watched some Hubley Studios films last week and decided that I much prefer Faith Hubley's solo work. There's a sort of earthy pan-ethnic left-wing quality to it that instantly fires off "New York" associations, or rather the mythical New York I learned about by watching Sesame Street. I also decided that the important collaboration wasn't between John and Faith Hubley so much as between Faith Hubley and Elizabeth Swados, who composed music for and wrote a few children's books with Faith in the late 70s/early 80s. Swados wrote some big Broadway hits like The Runaways, but it's her boho underground stuff (workshops for Peter Brook, crazy spoken word performances, open mics) that really interests me. Here is a homemade mix of Swados's music for Faith Hubley films. Lots of kalimba and other African instruments with choral shenanigans -- sort of like a more folksy Sun Ra. (The songs are ripped from a DVD collection of Hubley films.) And here is some Youtube action: first a Faith Hubley film called "Enter Life" (music by Swados) and then a few clips from a 1977 movie about Swados called The Girl With the Incredible Feeling. It seems like Swados really LIVES life.