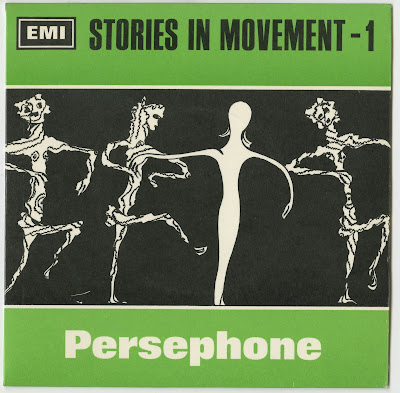 A music and movement record for the classroom. I had forgotten how good the story of Persephone is. How she was kidnapped by Hades and dragged down to the underworld. How her mom Demeter holds the Olympic Games to find the fastest runner to save her. How the rescue is going well until Persephone eats three seeds of the pomegranate, so that she has to return to the underworld three months a year (I'm probably getting some of this wrong). That's a whole spectrum of emotions for kids to process.